For SRX to support clustering, here are few things to keep in mind
The SRX in Cluster mode runs fairly well on EVE , however the interface mappings on EVE is different than regular. This is due to the SRX getting a new interface (em0) as second interface Card – so if you select ge-0/0/0 in EVE, you really select em0.
EVE is platform and is Clustering unaware. So you will have to tweak a few things
From top down the first Interface in EVE is fxp0, the second Interface is em0, the third is ge-0/0/0 or 7/0/0, the fourth is ge-0/0/1 or 7/0/1 and so on (see the Table below from Juniper) 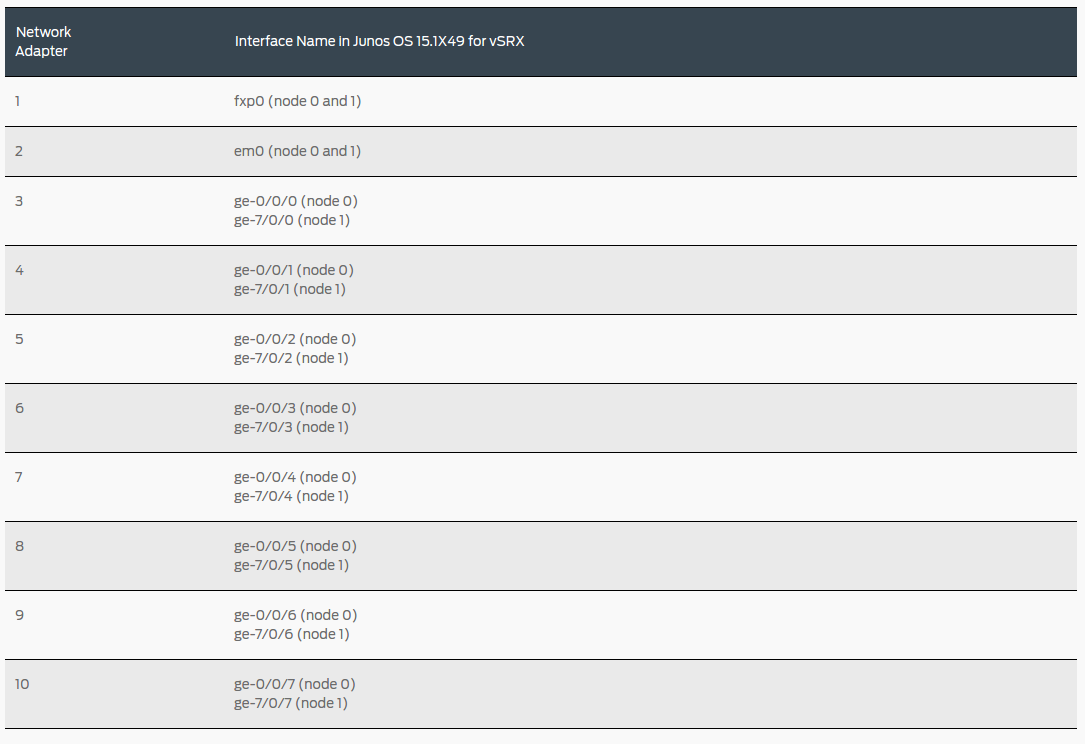 Note: Credits to jncie.eu for finding and documenting this Caveat